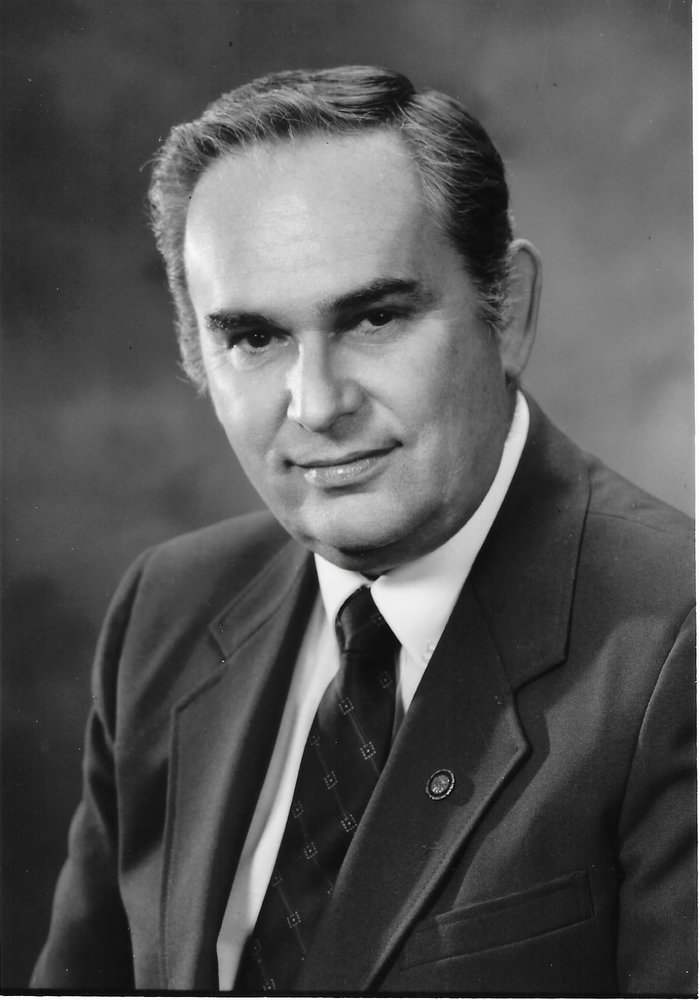 Born August 27, 1933 in Bloomington Illinois, the son of Frank and Mildred (Costigan) Klopp, he moved to Winter Haven in 1977. Prior to that he resided in Milwaukee WI, Janesville WI, St. Paul MN, Chicago IL, and Bloomington IL. He served in the U.S. Army at 5th Army Headquarters prior to his discharge in 1956. He attended St. Joseph’s College in Rensselaer IN. St. Joseph College elected him a “Fellow” in 1996. He received his law degree from the William Mitchell College of Law in St. Paul MN. and was admitted to the practice of law by the Minnesota Supreme Court in 1961.  He began his employment with State Farm Insurance Companies while attending High School in Bloomington and then again on a full time basis in 1956. He retired in 1999, after a 44 year career as Counsel in their Corporate Law Department, with responsibilities for the nine southeastern states. Following retirement, he consulted for State Farm until 2007.

Mr. Klopp is survived by his wife Betty (Sheehan), whom he married in 1954. Also surviving is a son Steven (Cindy) of Pewaukee WI., a daughter Kim Moulton (Gary) of Winter Haven FL, a daughter Lori Volochenko (Ron) of Lake Wales FL, a daughter Connie Hardaway (Howard) of Suwanne GA., a son John (Susan) of Greensboro North Carolina and a daughter Amy Djerf (David) of South Lake Texas. In addition, he is survived by 16 grandchildren.

In lieu of flowers, memorial may be made to charity of your choice.

To send flowers to the family or plant a tree in memory of Frank Klopp, please visit Tribute Store
Thursday
20
June