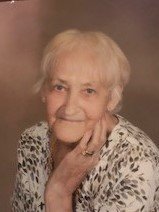 Janet Gloria Tate, longtime resident of Alturas, was called to her Heavenly home on July 11, 2019. She was born in Woodsville, NH on March 14, 1933 to the late Loren and Lyle Barrows.

Janet was a proud veteran of The United States Air Force. She retired from the Polk County Sherriff’s Department and was an active member of the Alturas United Methodist Church in Alturas, Florida.

A celebration of life will be held on August 17 at 11 a.m. at the Alturas United Methodist Church. A graveside service will be held at Florida National Cemetery in Bushnell, Florida on August 19, 2019 at 1:00 p.m. American Legion Post 8 will be presenting honors to Janet.