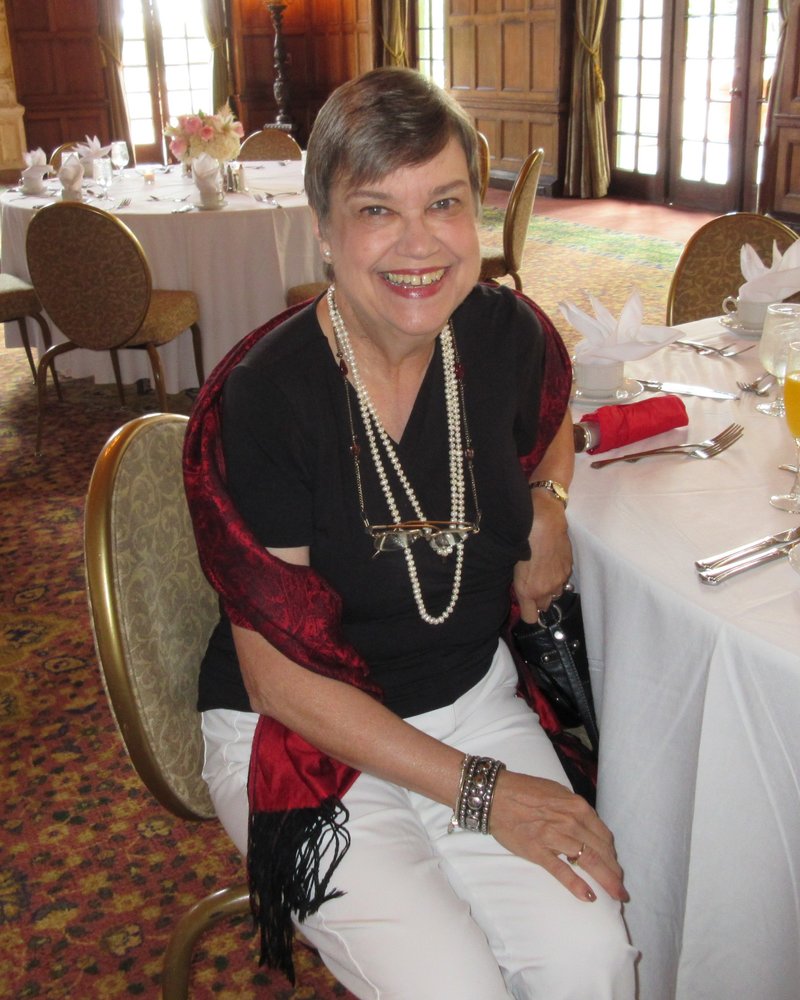 Vanessa Jova Anderson, who was a wife, mother, grandmother, friend, linguist, teacher, and political activist, lost a long and valiantly-fought battle with cancer on August 2, 2019. Vanessa was surrounded by her husband of 53 years, their four children, and their grandchildren.

She was born Vanessa Josefina Jova y Lago on August 29, 1945, to parents Dr. Enrique Jova y Fernandez and Josefina Lago y Martinez in Havana, Cuba. On October 3, 1960, the family emigrated from their native country on the SS City of Havana Ferryboat, one of the last two boats to leave Cuba before the embargo. Prior to graduating with honors from Brewster Vocational High School in Tampa, she worked as a legal secretary, inspired by her father’s career as an international corporate lawyer in Cuba and the United States.

She married attorney Glenn Richard Anderson in Gainesville on April 17, 1966, at Saint Augustine Catholic Church. The newlyweds moved to Miami and then relocated to Winter Haven in 1974. While raising their four children, Vanessa served as a real estate agent for Julius Windham and nurtured her passion for politics as Chairperson of the Polk County Republican Executive Committee, a role in which she was an articulate advocate for conservative causes. She served as a delegate to the 1980 Republican National Convention, which nominated Ronald Reagan for President. Additional positions held include President of the local chapter of Women for Responsible Legislation and President of the Lawyers’ Wives of Polk County.

Pivoting from politics to academics, Vanessa obtained a Bachelor of Arts cum laude and Master of Arts in Spanish from the University of South Florida in 1986 and 1995, and she completed additional coursework at Spain’s University of Salamanca and Canada’s Université Laval in Quebec City. A dedicated educator of nearly 10,000 students in Spanish and French, Vanessa fostered the love of language at the International Baccalaureate at Bartow High School for 15 years, Winter Haven High School for over 10 years, and All Saints Academy for 4 years. In 2003, Vanessa was named Polk County World Language Teacher of the Year. She also taught at St. Paul’s Episcopal School, Grace Lutheran School, Polk State College, and Southeastern University. She led countless award-winning groups to foreign language competitions, and served as a reader, table leader, and question leader for the College Board’s advanced placement exam in Spanish for 17 years.

She devoted boundless energy to humanitarian causes. She was an active member of Saint Matthew Catholic Church and served as Minister of the Eucharist, Minister of the Sick, and member of the Pastoral Council for over 12 years. However, Vanessa received no greater satisfaction than in her role as mother. She imparted her creativity, intellectual curiosity, wanderlust, and work ethic to Edward Christian Anderson of Richmond, RBC Manager/Vice President of Regional Acceptance Corporation, Vanessa Anderson Forbes, a mother and former Spanish teacher, Enrique (“Quito”) Richard Anderson, Chief Investment Officer and Partner of Goddard Investment Group, and Leslie Anne Anderson, Curator of European, American, and Regional Art at the Utah Museum of Fine Arts, University of Utah.

Vanessa will be remembered for her generosity of spirit and her fortitude – she fled Fidel Castro’s revolutionary government and battled cancer for two decades. She is preceded in death by her parents Enrique and Josefina and her older siblings Lourdes and Enrique. She is survived by her husband Glenn; her four children Edward Christian Anderson of Richmond, Virginia, Vanessa Anderson Forbes (Robert) of Nashville, Tennessee, Enrique Richard Anderson (Kristen) of Atlanta, Georgia, and Leslie Anne Anderson (Andrew Knuth) of Salt Lake City, Utah; and her six grandchildren, Amanda Claire Anderson, Sean Joseph Forbes, Catherine Grace Forbes, Robert Alexander Forbes, Josephine Lee Anderson, and Margaret Louise Anderson.

Look up “Vanessa Jova Anderson” under Name of Gift Fund

To send flowers to the family or plant a tree in memory of Vanessa Anderson, please visit Tribute Store
Thursday
8
August