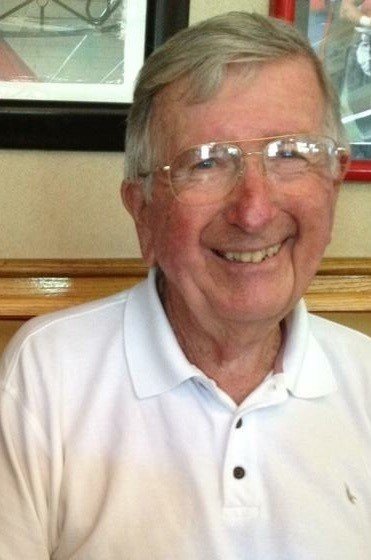 After a graceful battle with Alzheimers Disease/Dementia, our dear Terry English of Winter Haven, has won and is in the presence of his Creator and Savior on Tuesday, July 28, 2020.

Our hearts are so saddened at the earthly loss of a treasured member of our family.  While Terry has now joined his beloved parents, Mary and Lamar English, step-son, Cliff Branson and many others, he leaves behind his loving and devoted wife, Muffy, his son, Evan English (Kim), step-son Mark Branson, and step-daughters Erin Newberry, and Amy Bratten (Jake), step-daughter-in-law, Debbie Branson, his brother, Dan, 16 grandchildren & great-grandchildren, and several nieces & nephews, who will miss him terribly.

Born in Plant City on Monday, June 29, 1936, the family moved to Dade City where Terry and Dan attended elementary school, then moving to Winter Haven to finish out school years where Terry excelled in basketball, football, baseball & golf. Graduating from Winter Haven High School, Terry then graduated from Marion Military Institute before graduating from Florida State, where he again was on a winning baseball team.  Terry graduated with his BS, then he worked at the Exchange Bank for years and eventually the State of Florida in the Labor Department.

Terry's legacy includes coaching Boys Baseball for Winter Haven's Post 9.  He loved watching many of these young athletes attend college, grow into adults, and then interact with their own children. Terry showed his love of God and church by volunteering as Finance Manager for First Baptist Church Winter Haven & First Baptist Church Lake Alfred, helping different ministries at St Matthew Catholic Church Winter Haven, being a member of Central Florida Tres Dias, giving lectures at a few local schools on the history of growing up in Plant City and attending "Strawberry School",  and always big hugs at family gatherings.  Terry was known for his love of his family, showering his love and spirit on each member.  He excelled in treating everyone equally, and was able to make everyone feel special, as if they were the only one in the room at the time with him.  His spirit will stay close to our hearts until we join him again, eternally.  When sharing stories and memories of their relationship with Terry, friends would use terms such as honorable, straightforward, dedicated, a team player, the greatest man, constantly positive, very encouraging, always a gentleman.

Please keep our family in your prayers as we grieve and trust the Lord for continued comfort.

A Celebration of Life will be scheduled at a later date.

In lieu of flowers, donations may be made in his name to The Alzheimer's Association or Compassionate Care Hospice.

To send flowers to the family or plant a tree in memory of Terry English, please visit Tribute Store

Share Your Memory of
Terry
Upload Your Memory View All Memories
Be the first to upload a memory!
Share A Memory
Send Flowers