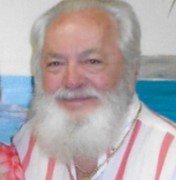 Paul Joseph Albright, 94, passed away in Winter Haven, Florida on September 1, 2020. He was born December 30, 1925 in a small town of Dickerson Run, PA. He attended public schools in Dunbar, graduating in 1943 and entered the Navy in February 1944. Boot Camp training in Great Lakes Naval Station, spent 2 years in the Pacific Theater aboard the DE353 and was Honorably Discharged February 10, 1946.

Paul moved to Winter Haven and worked as a carpenter until the early 50's when he opened his own cabinet shop and was later known as Albrights Cabinet Shop which closed some 43 years later.

To send flowers to the family or plant a tree in memory of Paul Albright, please visit Tribute Store

Share Your Memory of
Paul
Upload Your Memory View All Memories
Be the first to upload a memory!
Share A Memory
Send Flowers