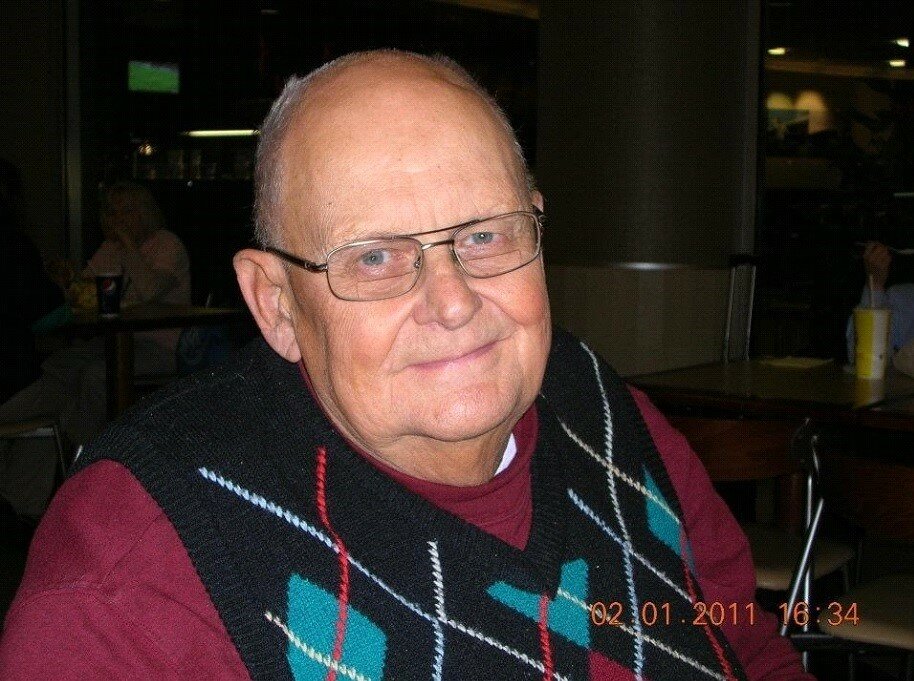 Harmon "Lee" Houseknecht, Jr, 91 of Auburndale, Florida entered his heavenly home and the presence of the Lord, peacefully, on October 1, 2021.

Lee was born at home during a snowstorm, on December 11, 1929 in the city of Batavia, New York.    He was the son of the late Harmon Lee Sr and Louise Elizabeth Wright Houseknecht.

Lee graduated from Batavia High School in 1947.  He continued his education at Roberts Wesleyan College with an Associates degree in 1949.  He served proudly in the United States Navy for 2 years at Niagara Falls Naval Air Reserves Station;  followed by 4 more years of reserve time.   Lee also spent time driving back and forth to Buffalo, NY; 2 nights a week for 5 years while attending Buffalo State to obtain his teaching certificate.   Lee taught auto mechanics in the Genesee County BOCES system for a year.

Lee was a lifelong businessman, as a partner in Houseknecht Motors, Inc. along with his father and brother.     The business was sold in 1997.  As a businessman, he was very active in Kiwanis Club in Batavia, NY.   He served as the President in 1961-62. At that time, he was the youngest man to serve in that position.   He finally retired when he and his wife  moved from Batavia, NY to Auburndale, FL in 2005.

As a hobby, Lee loved to fly.   He learned to fly at the young age of 16, soloing in a J-3 Cub aircraft.   His practice time was on the grass strip at what is now known as  Genesee County Airport.  Lee flew every chance he got.  He and his brother eventually purchased a 182 Cessena Skylane II aircraft, which brought him much joy.   In 1991, while visiting Florida on one of his many trips; he found time to spend practicing and obtaining his seaplane rating, at John Brown's SeaPlane Base.   In August 2005, Lee was awarded  The Wright Brothers "Master Pilot" Award;  a prestigious award presented by Department of Transportation's  Federal Aviation Administration, which recognizes his 50 plus years of safe flying and the contributions to the advancement of aviation.  Several youngsters who recieved their first airplane rides from Lee are now pilots or training for careers in aviation.  One  of those youngsters is  now a Colonel serving the USAF.

While living in Florida, he joined the Short Wing Piper Club in 2007 and served as the Vice President  for a number of years. This group aids in organizing the volunteers to park the aircraft in the  General Aviation Camping area of the Sun'N'Fun Air Show held annually at Lakeland Linder Airport.

He was a life long active member of Northgate Free Methodist Church.  There he taught Sunday School, sang with the choir, was a trustee for the board and taught sixth grade CYC for 40 years.   Now living in Florida he is once again very active in the Winter Haven Church of the Nazarene.  He has served as a greeter; a member for the Prime Timers group; assisted with the teens; and enjoyed Bible study groups.   His expertise in being able to fix anything, he was frequently called upon and joyfully responded to assist where ever he was.

Lee is predeceased by his parents, Harmon Lee Sr and Louise Wright Houseknecht; and a grandson, Steven Lee Houseknecht, Jr.

Arrangements are being completed by Steele's Family Funeral Services, Winter Haven, FL.   Visitation will be at 1 PM, the funeral will be live streamed through the website for the Winter Haven First Church of the Nazarene.  Saturday, October 9 , 2021 at 2 PM.    www.whnaz.faithlifesites.com .   Interment will be at the Military Cemetery in Bushnell, FL on October 12 with family in attendance.

To send flowers to the family or plant a tree in memory of Harmon Houseknecht Jr., please visit Tribute Store
Saturday
9
October

Share Your Memory of
Harmon
Upload Your Memory View All Memories
Be the first to upload a memory!
Share A Memory
Send Flowers
Plant a Tree