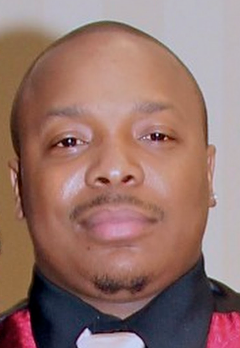 David Diondrae Edwards was many things to many people. He was husband, father & stepdad, brother, son, grandson, nephew, cousin, uncle, friend and will be deeply loved and missed by those who knew him.

Born March 26, 1987 to David M. Edwards and Pamela Simmons he was destined to be a leader as the first born of his mother's children and first grandchild of his grandmother Olivia Simmons. Never one to take any role he had lightly, he took his place as eldest seriously often bossing around his younger siblings Jasmine, Kierra, Albert, and cousins Javier, Ashante and Jaden, even in adulthood. When Nicholas and Giovanna and later Corey came along his role continued to grow.  Family was important to him and he felt a strong sense of responsibility for all his siblings especially his younger sisters - seeing himself as a father figure to "the girls". After the untimely passing of their late mother, David not only embraced being a big brother but this propelled into the role of fierce protector and role model for his siblings. His bravery and dedication to his siblings would soon lead him to adopt him a new name, "Daddy Dave" one that was and still is most fitting.  Later in life his ability to take on responsibility and excel as a leader paid off well for him as he became successful in several management roles with his employers including his time employed with major retail companies Walmart and Lowe's as well as his final job as an insurance adjuster with Geico.

He shared a special relationship with his aunt Afrika, often trusting and confiding in her when he needed an understanding ear. And although not related by blood, Glenn was a brother he chose and who he loved deeply.

He was a doer and although he did not always verbally express his feelings, he showed his love to those close to him by making sure they were cared for. He was dependable in a way few people could match.

He loved muscle cars and music. He was a horrible, horrible dancer but that never stopped him. He loved telling "dad jokes"and even though his delivery was terrible his laughter was so contagious you couldn't help but laugh too.

David was also competitive and enjoyed sports. He was a loyal Georgia Bulldogs fan and a skilled spades player for anyone whose skin was thick enough to endure his trash talking. He wasn't one to back down from a challenge. So, when the girl he was after told him their relationship wouldn't go anywhere he didn't give up. Two years later they were married and he became stepdad to Niallah and Judah. He loved his stepchildren and brought meaning to the word stepfather through the ways he stepped in to make sure his new family was taken care of. He supported Niallah's early goals of becoming a chef at times mustering up the courage to try her new concoctions. He often towed the line between parent and partner-in-crime with Judah as they teamed up on ways to prank and tease Karimah.

He took great pride in being a father, referring to himself as "Daddy Dave". When he welcomed David Jr. his dream came true of having a namesake and couldn't have been more proud. His daughter Davis, however, was born with the instant ability to wrap Daddy Dave around her tiny little finger. She was and forever will be a daddy's girl.

David's faith was strong having accepted Christ and committed to serving at the places of worship he attended. He made it a habit to pray nightly with his family and take time to reflect on the things they were collectively thankful for. Family and loved ones can take comfort in knowing he went home to his heavenly Father where he will be renewed and free from pain.

He will be reunited with his mother Pamela A. Simmons who proceeded him in death.

To send flowers to the family or plant a tree in memory of David Edwards, please visit Tribute Store
Friday
3
June