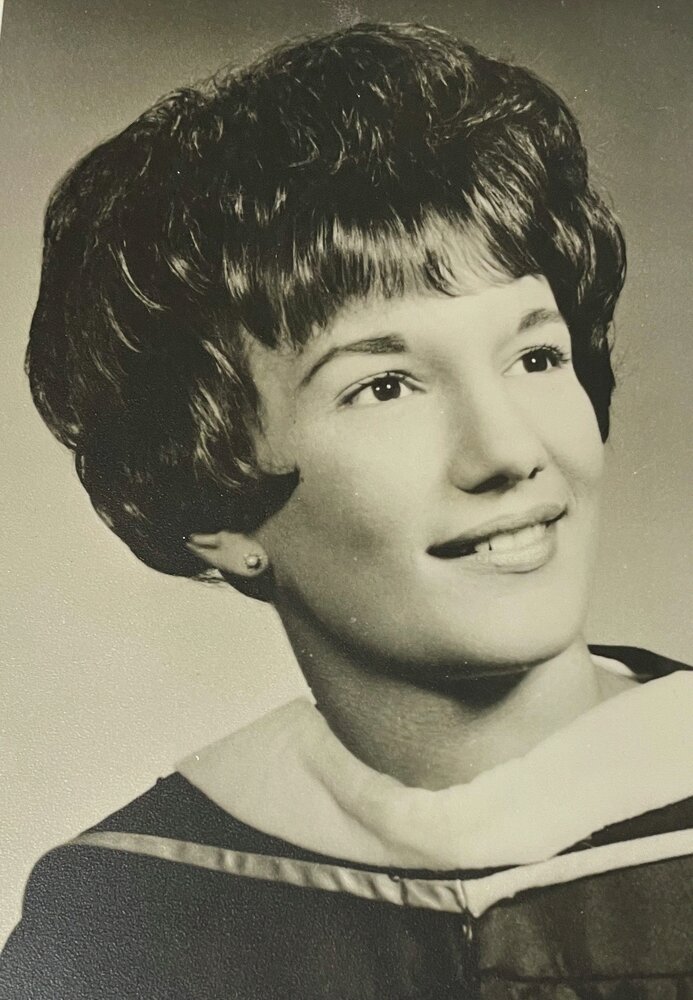 On April 19, 1947, in Newark New Jersey, Diane Marie Pray was born to Francis and Mary Pray. She moved to south Florida with her family at the young age of 9. This is where she found her love for the ocean breeze and sand between her toes. As an only child, Diane was raised to be fiercely independent. She took great pride in sharing the story of her Armenian grandparents Mary and Charles Enjeian and of how they came to the United States. The bond and love she felt for her grandmother are mirrored by her own grandchildren when they speak of their grandmother Diane.

Diane held a great passion for writing and reading. She also loved history and genealogy. She graduated high school in 1963 from North Miami Senior High School with a 4.0 grade point average. She then went on to attend and graduate from Barry University in 1968, when the university was an all-girls college. She used her college degree to educate others and taught English and journalism for Dade County from 1968-1999. Her love for creative writing led to several published manuscripts during her lifetime. Although it has believed her most famous scripts were those she wrote to her children. She was known for leaving notes of encouragement, reminders, or ‘contracts” when needed for those she loved. Her youngest daughter recalls the “silence” contract that she once wrote to pay her child to be quiet in the car on the way home from school. Looking back her daughter believes this was Diane’s sense of humor and partly a way to teach self-discipline. Diane was a woman of her word. If she made a promise to another, she fulfilled that promise. She was the head of her household, having three beautiful daughters, Bryna Hill, Deidra Hill, and Alexandrea Lewis.

Diane was not only independent in all she did she was also a true warrior. She fought the disease Multiple Sclerosis for over 32 years. Despite what physicians predicted she was never fully wheelchair bound and lived in her own home alone until the day she passed. In addition to multiple sclerosis, Diane also fought two primary breast cancers in a four-year period. She had over 65 radiation and chemotherapy treatments. Diane did not believe in giving up and fought to survive everyday for her family. It was important to her to always show her children and grandchildren that no matter what life brings to you; you are to fight and survive every day. She did not believe in giving anything less then 100%. Her family and friends describe her as a woman who portrayed strength, compassion, and honestly. She was a person who others of all ages reached to for advice. She was determined to never give in or give up. Her granddaughter Alivia stated, “my grandmother taught me there is a way to do anything I want to do in life. She taught me how to find those ways so I will always be successful. “

Diane loved to spend time with family and friends. She would dress in bright colors and always wear matching earrings to her outfits. When complimented on her attire, her response was always, “thank you I am in my colorful stage of life. “She was always ready for a good time and when invited out her response was always the same, “tell me what time to be ready honey. “Her true middle name should have been adventure according to her daughter Alexandrea. During her last days they spoke of her next adventure of going home to God. Diane was a devoted catholic and member of St. Matthews Catholic Church in Winter Haven.

Diane passed away on December 15.2022 in Winter Haven, FL at her residence surrounded by two of her daughters, her granddaughter Alivia, and two of her dearest friends. Both of her hands were held with love as she passed over to her heavenly father. Her moment of passing still portrayed her independence as her desire was to pass in her home with her family. She was the monarchy of the family and loved by all. She is survived by her three daughters, Bryna, Deidra, and Alexandrea; six

grandchildren: Brooke, Lindsey, Logan, Tayler, Alivia, and Cameron; her first cousin Kevin Carden. Diane was preceded in death by her husband Walter Caron; parents Francis Pray and Mary Pray. A private celebration of life will be held with family and friends later next month.

To send flowers to the family or plant a tree in memory of Diane Caron, please visit Tribute Store