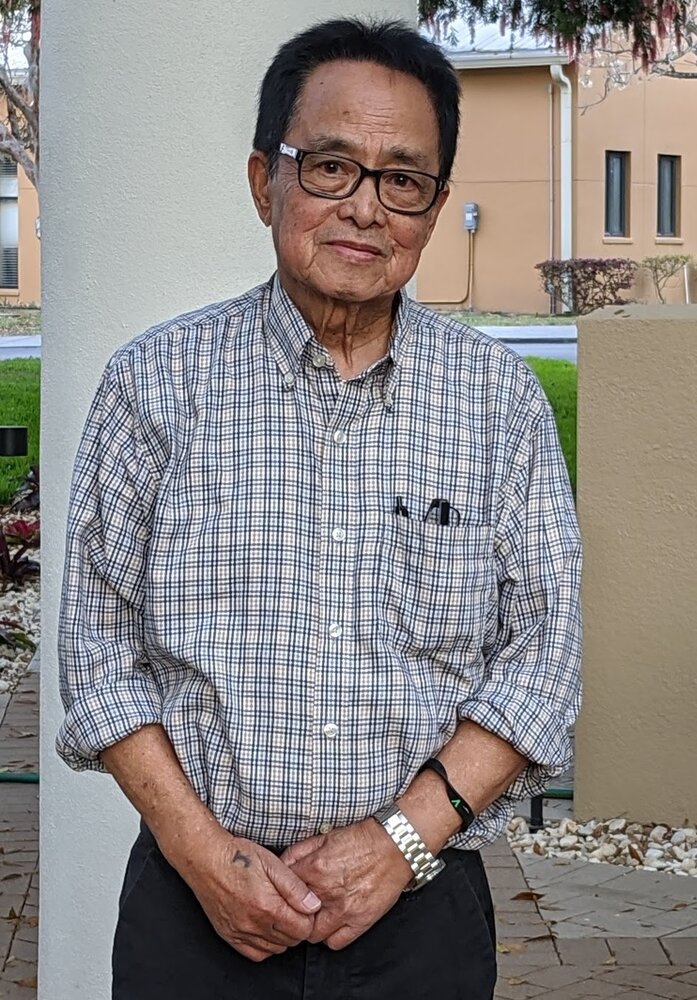 Jaime Ibalio Onagan passed away peacefully at his home in Winter Haven, Florida, with his beloved and devoted wife Pat by his side, on Sunday, January 15, 2023.

He was born on December 9, 1935, in the Philippines's beautiful province of Ilocos Norte to the late professor Lino Onagan and Timotea. In addition to his parents, he is preceded in death by his siblings Phillip Onagan and Teresa Onagan.

He earned two engineering degrees at the University of Santo Tomas in Manila. In 1962, Jaime moved to Chicago to join his brother Phillip and embarked on his engineering career, where he worked with Brown & Root in Oak Brook, Illinois, as a chemical and process engineer.

Jaime, who always had a thirst for learning, continued studies of American history, pop culture and literature at Roosevelt University in Chicago.

He was an avid fan of horse racing, and in the mid-1980s, Jaime and his friend and business partner Dr. Bill Milo invested in harness racing horses. They had two champion pacers: Skipper Unique and Tiger Harold, both of which won multiple races throughout the Chicago area.

In 1986, Jaime moved to Woodbury, Minnesota, and began working as a project manager at Koch Industries in St. Paul. He worked with the organization until his retirement in 1994.

Jaime and his wife Pat then moved to Winter Haven, Florida, in 1997.

He was a fan of classic writers from John Steinbeck to Tennessee Williams. He loved to read biographies, from Elia Kazan to Princess Diana, Marlon Brando to Bill Clinton.

A funeral mass will be celebrated by Fr. Nicholas O'Brien on Thursday, January 26, 2023, at 9:00 a.m., at St. Matthew Catholic Church, 1991 Overlook Drive, Winter Haven, Florida 33884. Family and friends who would like to join the celebration of Jaime remotely can view the simultaneous online feed of the funeral service at www.saintmcc.com/church-cam.

Inurnment will be held immediately after the mass at St. Matthew's columbarium.

"To whom much is given, much is required," said Saint Matthew, a quote Jaime practiced in his daily life.

In lieu of flowers, donations in memory of Jaime can be made to St. Matthew Catholic Church in Winter Haven; Our Lady of the Angels Monastery in Hanceville, Alabama; and Basilica of the National Shrine of Mary, Queen of the Universe, in Orlando, Florida.

To send flowers to the family or plant a tree in memory of Jaime Onagan, please visit Tribute Store
Thursday
26
January