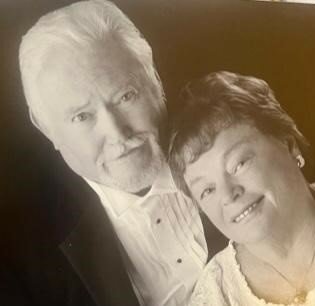 ‘Rollie’ was born in Malden, MA to the late Thomas Henry and Louise Ober Judge. He graduated from Perley High School in Georgetown, MA, in 1961 and St. Anselm College, Manchester, NH, in 1965. He was a member of the Marine Corps Reserve and worked for the Jobs Corps in Ripton, VT. He married Nancy Anderson on October 22, 1966. They were married for 55 years.

Rollie worked in the tank trucking industry for many years in sales, recruiting drivers, and operations. After living many years in Canton and North Canton, OH, (among other places) Rollie and Nancy moved to Winter Haven, FL, where he loved to relax in his swimming pool.

Rollie was a diehard sports fan! He loved his Pittsburgh Steelers, Cleveland Indians, and WVU basketball, even in their bad years! The Tampa Bay Rays earned a special place on his list too!

He enjoyed doing community service, especially with Big Brothers in Canton, the Canton Jaycees, and the South East Asia Leave Project (SEAL) during the Vietnam War.

Rollie is survived by his wife, Nancy, of the home; his two daughters: Amy Judge (Eddie) Prein of Indianapolis, IN, and Kristen Judge Simpson of Vero Beach, FL; his 5 grandchildren: Samantha Simpson of Marathon Key, FL, Allison Prein of New York, NY, Scott Simpson of San Clemente, CA, and Edward Prein and Erin Prein of Indianapolis, IN; his 4 brothers: Lt.Col. Bruce (Cathy) Judge, USMC, Ret. of Stafford, VA, Col. Dennis (Kathleen) Judge, USMC, Ret. of Dumfries, VA, Brian Judge(Randy) and Dan Judge, of Hobe Sound, FL; his niece Jennifer Anderson (Brian) and great nephew, Alex Bellomo, of Lakewood, OH; and his brother-in-law, David Anderson (Michelle) of North Canton, OH. He is also survived by a special cousin, Dan Lankitus, Poland, OH, (and all of Dan’s loving family members) and the joy of his day, his 2 cats, Boy and Girl! He was preceded in death by his son-in-law, Brian Simpson, and his brother-in-law, Capt. Carl E. Anderson, Jr., U.S. Army.

Funeral services are pending at a future date with his ashes to be interred at North Lawn Cemetery in Canton, Ohio.

If you wish, donations can be made to The Humane Society of Polk County, in honor of Rollie and his great devotion and love for all the pets in his life, starting with his first dog, Salty, to his last two cats, he rescued from the Humane Society.

The Humane Society of Polk County

Or the charity of your choice

To send flowers to the family or plant a tree in memory of Rowland Judge, please visit Tribute Store

Share Your Memory of
Rowland
Upload Your Memory View All Memories
Be the first to upload a memory!
Share A Memory
Send Flowers
Plant a Tree