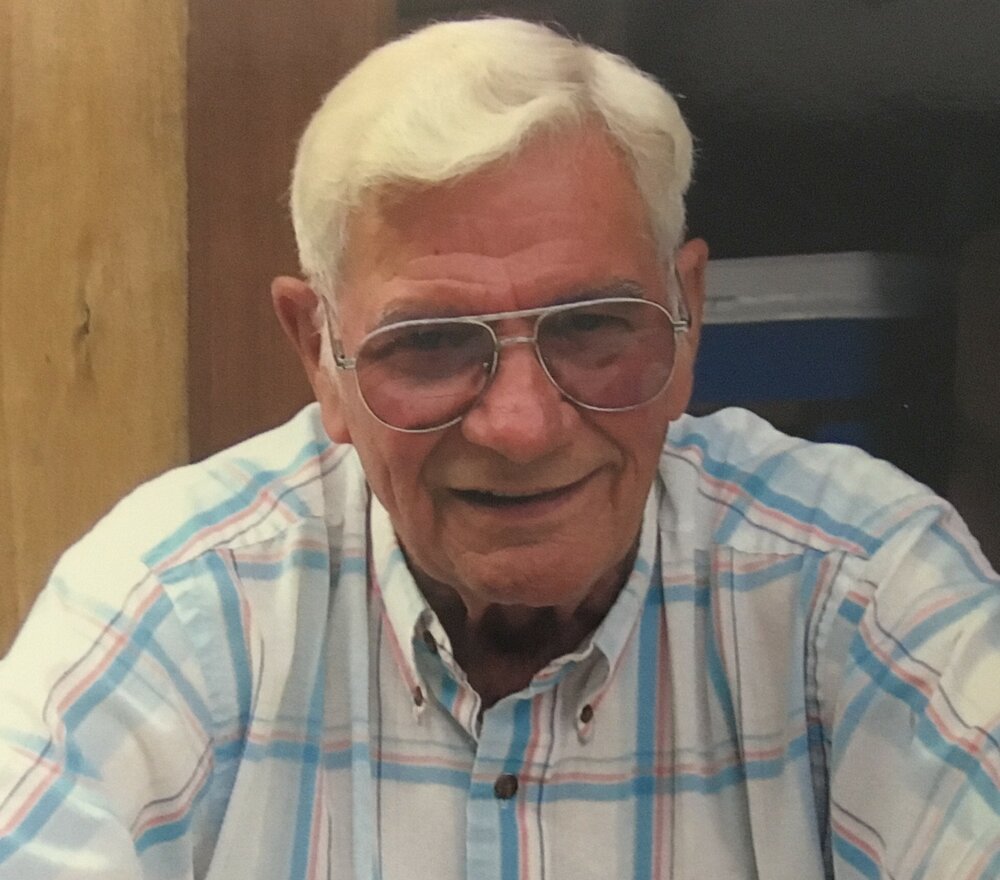 William H. Wilson, also known as “Bill” to most of his friends, “Mr. Bill” to a few, “Harry” to Mom, “Dad” to his children and “Grampa” to our children, passed away on June 11, 2022 at the age of 90. Our memories are many: fishing adventures at the ponds in Hector and the lake, camping at Seneca Lake, scavenger hunts and go cart riding at Andy Sweeny’s Body Shop and the sound of his belt flying out of his pants when we were naughty. He was easy to laugh and always let you know just how he felt. We love him and will miss him always.

Dad began work in sheet metal when he was fourteen years old at Wheaton’s Sheet Metal in Ithaca, NY. He joined the Navy during the Korean Conflict 1951 - 1955 and he was a proud Tin Can Soldier. When he returned home he continued his long career as a very talented sheet metal worker.

He belonged to the VFW, Moose, American Legion, was a Freemason, and an active member of several Sportsman’s Clubs in New York. He enjoyed trap and skeet shooting. Dad was an avid hunter too and we remember many meals of venison, pheasant and goose. As kids we, don’t remember them being a delicacy.

Bill is survived by his children Karen (Dan), Bob (Janine) and Mike (Diana), Melanie, Janet (Leo), his brothers Rob and David (Kathy) and grandchildren. He was predeceased by his wife (Evie) of nearly 60 years in March.

There are no funeral services planned at this time.

To send flowers to the family or plant a tree in memory of William Wilson, please visit Tribute Store