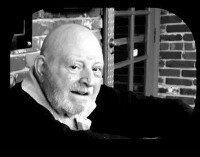 Bob was born on January 24, 1942, to Robert and Winnifred Webber in New York. After Bob graduated from high school he enlisted in the army and served in the 101st airborne division. He served as a paratrooper in the Vietnam war and attained the rank of captain. He went on to study at Bob Jones University and became an ordained minister. He later worked at several companies as a buyer for machinery parts.

Bob was faithfully married to Gwendolyn Ann Webber for 61 years. They had 5 children together, 12 grandchildren, and 2 great grandchildren. Bob was very involved with his church, occasionally preaching and teaching Sunday school classes. He enjoyed cooking and spending time with his family.

A memorial service will be held at Faith Baptist Church on July 16th at 10am. In lieu of flowers, the family requests donations be made to The Wounded Warrior Project.

To send flowers to the family or plant a tree in memory of Robert (Bob) Webber, please visit Tribute Store
Saturday
16
July